There's a little black spot in my brain today. 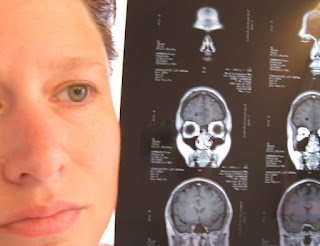 It's the same old thing as yesterday. 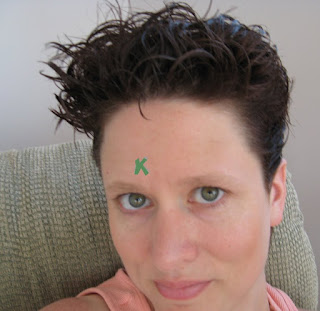 With the world turning circles running 'round my brain
It's my destiny to be the queen of same.

While I was a bit worried during my 3-month follow-up yesterday that in my emotionally unstable state on top of my hospital phobia I might burst into tears in the MRI tube, disrupting the process which requires NO MOVING with my head wedged in a hockey mask between shoved-in hand-towels to HOLD IT IN PLACE - THERE'S NO CRYING IN MRI TUBES, instead I was unnaturally calm and the worst part was when the tech (we'll call him Greg, because I think that's his name; he said he remembered me from last time and that I was less nervous this time) had a little trouble injecting the contrast dye. I have the world's smallest veins. Check the Guiness Book, if you're so skeptical. And while you're doing that, I'll be over here incredibly shrinking my cat with my defective-veined arm. 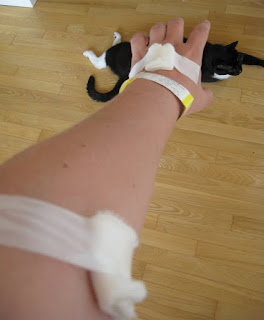 Yes, after all, I always seem to have catties on the brain. 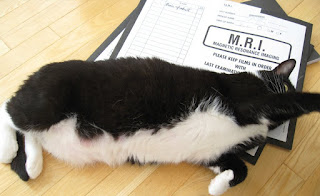 For those of you keeping score and unamused by obscure misquoted Punk New Wave song lyrics from the early 80s or cute and scientificy cat and head shots from this week: my 12-year-old doctor says the radiologist says there's no change in three months to my thumbnail-sized cyst on the front, right side of my brain, and we will discuss it further at my annual physical in November and maybe follow up with more hockey-masked, collapsed-vein, contrast-dyed, early morning, unnaturally peaceful, car-alarm-aliens-from-Contact-jack-hammer-broken-refrigerator-sounding MRIs in another 9-12 months.

Thank you, and good day.

(Please see "King of Pain" lyrics through google as needed.)
Posted by Rini at 10:47 AM

Labels: brain, Catties, health, police lyrics, who I am

Did you find some good gel? Your do is looking good!

P.S. I like your pic of the incredibly shrinking catty.

oh sure, it posted that! well, you already know what i was going to say.