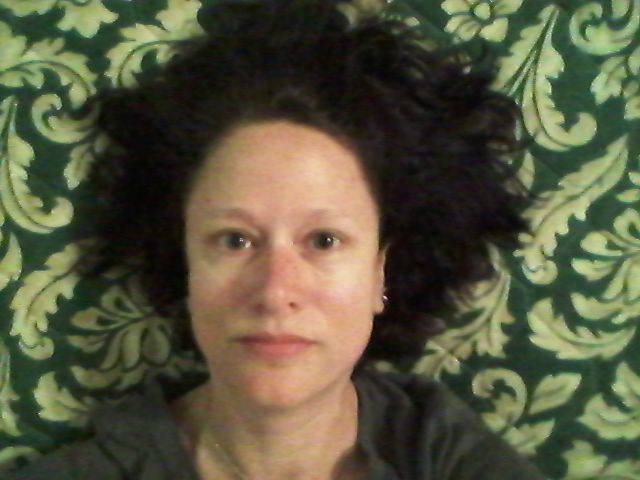 I didn’t know, when I drove three days down here two years ago, that I wouldn’t be driving back.

Well, my brother drove most of the time.

Two years ago I packed up half my college-professor-office and cleaned up my condo, both on the north shore of Boston. I turned in final spring semester grades, stopped by doctors’ offices for one-last-appointments, and headed southwest to my family roots in DFW. We drove through horizon-blurring fields in New York, shared a quick and quiet Lake Erie beach moment with a van of Amish women, ate pizza and filled up with gas in a possibly sad, once-industrial town in Pennsylvania.

I think it was the day after Cleveland residents protested the acquittal of an officer who shot unarmed individuals that we skirted that downtown on an Interstate. I remember driving over the Ohio River into Kentucky while eating a fragrant orange; my brother was driving. I rode, sore and serious but happy for a sweet little moment and view, in the passenger seat in front of a semester’s worth of stuff, halfway to my overdue half-year sabbatical. It rained most of the rest of our way, and I think I was the one gripping the wheel through hail and flash-flooding in Texarkana, after a night in a leaky motel room decked in mood-matching decor.

Two months later, I quit my job, flew back northeast, packed up the rest of my office, for good, and piled a relatively modest layer of book boxes in my condo’s spare room, out of the way of a year-long housesitter. I probably wouldn’t be back, but who ever knew.

A year ago, I shipped the boxes southwest, clearing a financially underwater, nor’easter-leaky, brilliant-for-me home of all the furniture and most of the household items and old paper files accumulated over 10, some 14, years.

One of the absolute best things about the last year for me is no longer owning a home. I did love that home.

I bought the shiny, corner condo in a converted 19th century shoe warehouse at the junction of small but busy streets in downtown Lynn, Lynn, the city of sin, in 2006, after spending a liminal year completing my doctoral coursework in Connecticut.

That Connecticut year, the time of Katrina, when I welcomed maybe temporary, maybe not, undergraduate students from Louisiana universities into my Humanities discussion sections at UConn, I commuted once, usually twice, more than once three times a week back up to my office and a friend’s tiny living room-filling air mattress north of Boston. I drove back and forth to teach a class, advise students, help to manage an academic department in a time of extended growing pains.

In my year-leased Connecticut home, I slept on an eternally-flattening air mattress of my own in a dank apartment building in the woods of Ashford, Connecticut, with sketchy cell coverage and familiar neighbors I never got to know. I'd smell and hear the late night meals of Ramadan as I walked down the mildewy hallway to my dark, mainly empty space; or hear the fighting couple across the hall and wish they weren't, or eye closed doors wondering which ones protected the package-under-the-lobby-mailbox-stealer from my disappointed glare. Mostly I was too tired to care.

It was like living in a turn lane or elevator stuck between floors, my books stacked on plastic shelves even I could put together without instructions. It took me a few months to figure out that my cat Buddy’s frequent seizures at night while we snuggled with our skeptical new companion cat Georgianna inches above the stale carpeted floor were connected to the ever-increasing punctures leaking air so we’d wake up on two comfortless layers of rubber, to the sound of a garbage truck or drunk college student at the dumpster gracing our backlot window views.

The year before the in-between year of air mattress living, I slept on a borrowed mattress in the borrowed attic space room of another generous friend’s home on Boston’s north shore, commuting the opposite direction to Storrs once, twice a week in snow and rain and bouncing cell coverage. That’s when Buddy became my friend, The Little Bastard inherited sequentially two floors up from friend to friend to my borrowed apartment, where I believed I could tame the angry adolescent beast or laugh and bleed to death trying.

That’s when I housed my papers and non-blow-up or fold-up furniture and knickknacks in a storage unit on Route 1 I still refer to as the place I lived for two years.

I fell in love with my restaurant and train station views from the high-ceilinged fourth floor windows of my new condo on a lightly raining day. The windows were huge and I almost grew elastic arms to hug them as my gracious friend and I stepped into the wide open space, just to check it out, not yet anticipating an adventure of rewarding proportions trying to hang window treatments in a space defying pre-fab rods and other hardware. I bought the extra longest sets of curtains from JCPenney and Ikea and made a home for myself and my cats that several friends came to recognize from their commuter rail train windows across the street over the next 10 years.

(The short-sale contract for my condo a year ago specified that the washer, dryer, and window treatments were to remain as part of the deal.)

It was a bubbly moment in a real estate market about to implode. An overpriced, idealistically pitched condo designed as part of a plan to create some kind of connection between a catalog-picturesque, private, woodsy liberal arts college up the road and around the lovely bends, to the urban community in my new city with a view of Boston from the public beach. I fell in love with the windows.

After completing my dissertation and what I thought would be the longest, hardest part of my college faculty tenure - commuting between two states for nearly seven years, advancing my degree and chairing my department while teaching full-time - I bought myself a little lemon tree. Shipped to citrus-barren New England from tropical Louisiana, my new pet held its own, with I think seven beautiful yellow lemons in its first full year and another few each year after that until things fell apart. It grew tired and brown and a little mean, producing fragrant blossoms that transformed into Tic-Tac-sized green baby fruit before shrivelling up and dashing hopes.

I never bought a new bed or mattress after the one I got for an unfurnished apartment just North of Dallas in my two years between first-round grad school and becoming an under-30, tenure-track faculty member in Massachusetts. After two rented apartments and a two-year stretch standing on its head in the storage unit I called home on Route 1, I placed the little double bed on the light wood floor in the condo and the cats and I slept in it until we didn't. After Buddy left this mortal coil during my first sabbatical in Texas, Georgianna grew weary and arthritic and I bought pet stairs to help her snuggle up. Then in the last half-year before she joined our Buddy in the afterlife of no pet pain, which turned out to start the hardest year and a half of my college teaching era - leaving seven years of double-duty with grad school looking like a day floating on an intertube on a softly lapping lake in the shade by comparison - I broke the bedframe down and brought the mattress down to stay on the floor so George didn't have so hard a fall when she tried climbing into bed. The night before I became the ex-owner of the condo, my sister, niece, and I leaned the old mattress up against the dumpster downstairs and I slept on the floor cushioned by an unpacked quilt.

The day before I turned in my key at the real estate lawyer’s office for her to close in my absence, we walked the dry-bone lemon tree that could until it couldn’t down to the parking lot dumpster, out of sight of my movie screen windows for 10 years in my own, owned home. Lynn, Lynn, the city of sin, I didn’t go out the way I went in.

These days I sit on a hand-me-down office chair at a fold-up desk in the corner of my brother's living room, watching fearless squirrels mangle bird feeders intermixed with scenes of black- and tufted-crested titmice and chickadees gathering for sunflower seeds every few hours just inches from the window.

Two years ago I moved to Texas. One year ago I sold my condo in Massachusetts. These past two years have been more liminal than the air mattress adventure of 2005-2006, when then I knew the measurable goals and final move-back plans, with my very own new home on the horizon. I have lived in the familiar homes of my family, become entangled with their cats, and acclimated to the sounds of suburbia and the edge of the countryside.

Real, honest, and brilliantly-written. I could see, smell, hear, and feel it all. Thank you so much for sharing; for someone who respects, admires, and deeply cares about you , I appreciate this big window into your life over the past few years. Please never forget you have students and admirers far and wide.

Love you and the reminder about Little Bastard.