"Nah" no more: my first #NaNoWriMo crashed my slumber party 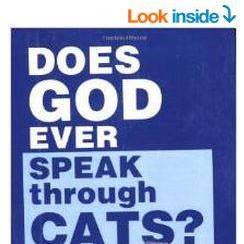 I had characters, dialogue, action, and setting, setting up scenes on the sound stage in my brain as if arriving for rehearsal and I was just standing there on the side wondering if I was the production coordinator or had just wandered into the wrong room.

This little situation had not been on my agenda this week. And extra especially, it had not been scheduled for the middle of the night. But I guess it's the stuff of writer waking-dreams, so once I realized what was happening, I started typing away on my tablet's screen and didn't stop for maybe 30 or 45 minutes.

It's not an altogether unfamiliar event, but I definitely haven't had the gang all show up ready to be typed (or, back then, written in a spiral notebook) for probably decades. I've followed through a few times, but since about fourth grade never completed a full fiction manuscript. And even then I kept adding chapters because it was really a bit of a soap opera.

(My elementary novel - written on my own time in the midst of math and language arts and best-friends-angst and passing notes and whatever else it is kids do when they're nine and an old soul - was titled The Smiths, The Jones, We'll Break Their Bones.)

I'd been thinking about writing a short novel to experiment with Amazon self-publishing to see if there was anything promising in that world, but hadn't thought about it in a while and was always hung up on the absence of an actual story. Characters, I got. Characters galore. And dialogue. And settings. And background music, costumes, and animals and such. But plot progression? A key obstacle and goal? Look, we're all just trying to get by, I can't think of the grand stuff right now.

Ridiculously, it's a "YA" gig, starring a ninth grade girl, which is not in the universe of ideas I'd been visiting.

At just before 2 a.m. last night I was thinking about how to stop thinking. I was imagining tomorrow-today, with a 10 a.m. work phone call, half-a-day's writing assignments now two weeks overdue, and a little thing called being "under the weather" by some. I was succeeding in stopping the imagination and starting the blessed blank sleep. The timing was silly, but the gift was a gift.

And would you look at that - it's National Novel Writing Month next week, a possibly fun thing I've never done and rarely paid attention to. Oh, it's also adding a new teaching gig, continuing two writing/consulting gigs, weeks broken up by health care appointments, securing Obamacare for next year, nephew getting married, here come the holidays Month.